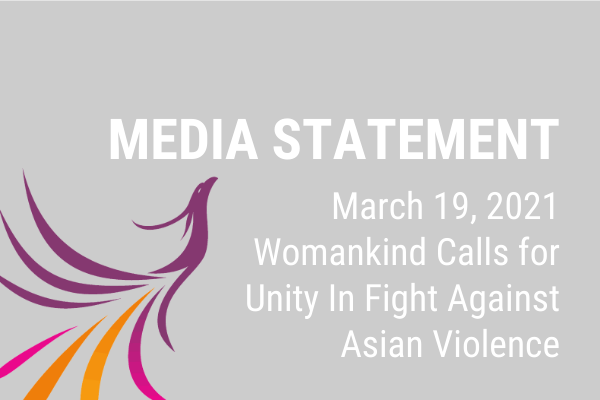 Longstanding New York Nonprofit Dedicated to Eradicating Gender-Based Aggression Perpetrated on Asian Communities Calls for Unity in Fight Against Asian Violence
Womankind, a New York City nonprofit focused on working alongside survivors of gender-based violence as they build a path to healing, calls for solidarity with Asian Americans experiencing hate crimes across the U.S.

Immediate Release - New York-based nonprofit, Womankind, is horrified, saddened, and angered by the targeting of Asian massage parlors and spas in Georgia, resulting in eight lives lost, six of whom were Asian women. Womankind has served survivors of gender-based violence in the Asian communities for roughly forty years, making this an all-too-familiar and horrific event. It is long-past time for these acts of violence to be condemned and we call on our state, community and country to take action in ending these hate crimes. “Asian hate crimes are much more prevalent than reported,” says Womankind’s Board Chair, Karen Elizaga. “As we know from our work with survivors of violence in the Asian communities, individuals of Asian descent are often reluctant to report crimes or abuse because of language barriers or immigration status. Additionally, a number of factors discourage Asian victims from reporting. The media has historically underreported violence against AAPI communities, and law enforcement has not categorized these crimes as hate crimes. White supremacy and the model minority myth have succeeded in downplaying the epidemic of violence against Asian Americans. Victims, in turn, feel unseen and unheard, and their trauma is minimized.” These brutal attacks of violence epitomize exactly the kind of trauma that Womankind strives to make obsolete. The gunman rationalized his actions against massage workers as a means to avoid temptation. In doing so, he did what many who continue to harm do: he dehumanized, objectified and blamed these women for their mere existence, instead of taking responsibility for his actions. Laying the blame on these women continues to perpetrate the fetishization and sexualized violence of Asian women, which historically impact Asian massage and other workers at disproportionately high rates. “At Womankind, we are committed to speaking out against white supremacy and misogyny, whether from individuals or systems,” says Womankind’s CEO, Yasmeen Hamza. “We call upon allies to stand with us to promote justice, compassion, and harmony amongst the various individuals and communities that make up our country and to call for the end of senseless anti-Asian violence.” The COVID-19 pandemic has brought to light many issues. Anti-Asian sentiment is not a new phenomenon; in fact, it has existed since the first immigrants arrived in America. However, because of unproductive dialogue around COVID-19 disparaging Asian communities, the sentiment and hate crimes against Asians and Asian-Americans have increased exponentially, giving rise to anxiety and fear in our communities. “The individuals whose lives were taken come from communities in which we work,” says Elizaga. “For many of us, they represent areas in which we ourselves were born and raised. We share our condolences with the families of those who were murdered in these senseless acts and hope for healing.” Womankind holds steadfast to our vision and mission -- to create a future where we Rise Above Violence. We are committed to working with our allies and within our communities so that we can innovate towards collective well-being, restoration, and social justice. We will not let these events deter us from our path and our commitments. We remain determined to do what is right by our communities and those we serve.
###
ABOUT WOMANKIND
Womankind works with survivors of gender-based violence to rise above trauma and build a path to healing. We bring critical resources and deep cultural competency to help Asian communities find refuge, recovery, and renewal. We directly serve 2,000+ individuals annually and reach over 60,000 indirectly via outreach activities. Womankind has the only two New York State-licensed emergency homes with a focus on Asian American survivors of domestic violence. Womankind operates three walk-in community offices, in Brooklyn, Manhattan, and Queens. Womankind specializes in serving Asians in New York City but serves all races and ethnicities, genders, ages, religious backgrounds, disabilities and sexual orientation and because of our specialty, we are contacted for and provide assistance nationwide and even internationally. 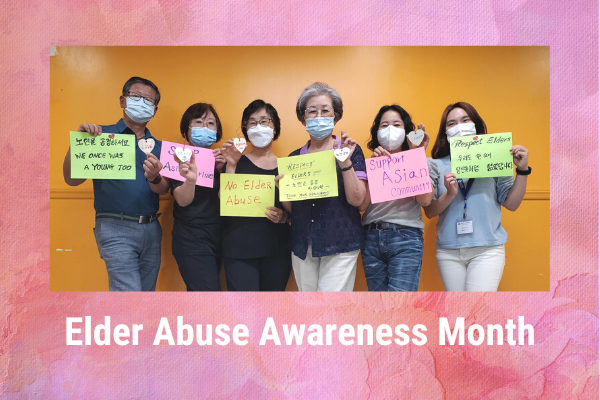 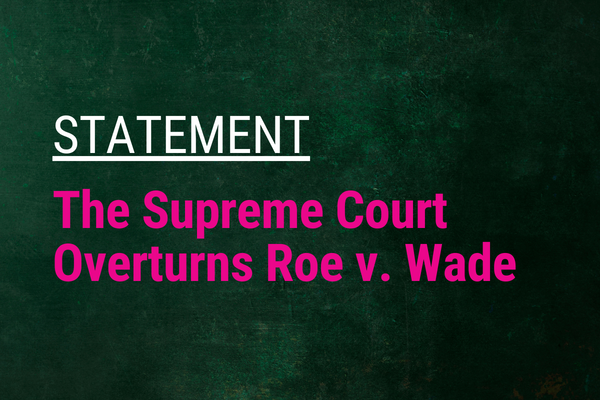 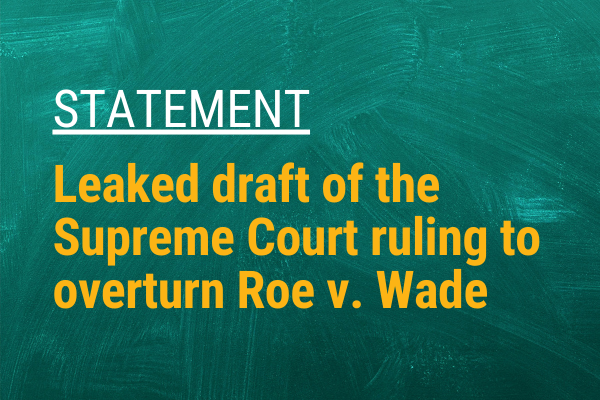 Can you help make a difference today?